Valentines
The Valentines 2021 event started on February 12, 2021. New items were made available, along with returning items and some reworks. This occurs in Divinia Park.

Along with most of the accessories first introduced in Valentines 2019 and Valentines 2020, new items were added to the game.

The following accessories from previous years were reworked with the update:

The Mon Chéri Tea Party set was made by ReddieTheTeddy and Ixchoco. It was added on February 12, 2021.

While the update was ready but callmehbob was unavailable to add it due to being asleep, fans of Royale High on Twitter posted excessively about wanting Barbie (callmehbob) to wake up, with the hashtag #wakeupbarbie, to the point that the hashtag and Barbie itself had risen to Twitter's "Trending" tab in multiple countries.

The Lunar New Year/Chinese New Year section of the event was criticized by some users for being inaccurate and appropriating to the holiday, as it had many focuses on Japanese culture (which does not directly celebrate Lunar New Year) and its builds were designed around Japanese shrines, which also had issues with its use in this manner. Specifically, some stalls focused on Japanese dishes such as taiyaki ice cream and ramen, along with Bubble tea being included despite its lack of relation to Chinese New Year.

The Royale High developers had contacted someone to inquire on accurate practices, but some errors occurred in the communication.[1] Some of the developers inquired for improvement suggestions[2] and overhauled the Lunar New Year Celebration Area to be more accurate and respectful to the involved cultures. However, the changes were never added to Royale High before the event ended. 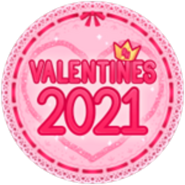 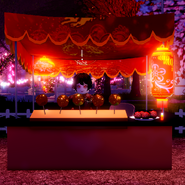 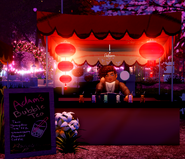 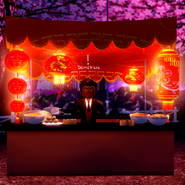 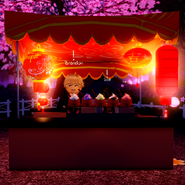 Brandon and Zed, in the Lunar New Year Celebration area

Ophelia, standing on the docks 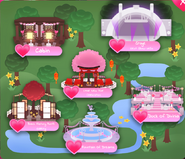 Blank photo sheet when standing in front of the camera

Photobooth which is found in the Lunar New Year Celebration area 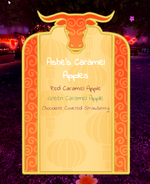