Two new items along with six items making up the Midnight's Strike Popstar set were distributed at the event by interacting with some of the NPCs and completing quests or by opening chests.

Quests from NPCs give out rewards that are part of the Midnight's Strike Popstar set. 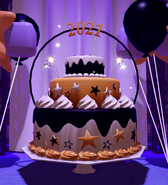 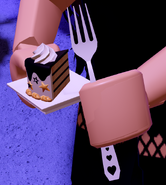 The consumable cake slice players get

Gold kazoo in the player's hand

Purple kazoo in the player's hand

Table with the Spinning Sparkler 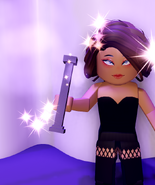 Spinning Sparkler in the player's hand

Blank photo sheet when standing in front of the camera

Ball drop when a timezone hits midnight
Retrieved from "https://royale-high.fandom.com/wiki/New_Years/2021?oldid=80456"
Community content is available under CC-BY-SA unless otherwise noted.