Christmas
The Christmas event in 2020 began on December 1st. Christmas Town returned from the 2019 Christmas Event. New accessories were made available and some items were reworked.

The following accessories from previous years were reworked with the update:

It costs 75 diamonds to send a gift to someone on the player's Roblox friends list, with customizable postcard and gift box, along with writing a letter to the selected friend. Only one daily gift can be sent to a specific player from one account a day, and any player can receive a maximum of three gifts a day.

The gift must be gifted through a friend for the advent calendar to recognize you had obtained it.

Two accessories and a badge were released for players who obtained the gifts from days 2 through 25.

A new set, exclusive to the month of December and January, Winter Guardian, was released on December 9, 2020. The set has versions for both Woman and Boy bodies. It was modelled by ReddieTheTeddy and the concept was made by CHROMASTASIA.

Santa can appear in a similar fashion as 2018's event & 2019's event, but by decorating the tree with ornaments for 175 Diamonds each. The number of ornaments the tree has increases the likelihood of Santa appearing that night, but it does not need to be filled. If it is filled, a star will appear on the tree, preventing players from adding more. When Santa comes, he leaves presents that can either give 2018 Christmas Accessories or 2019 Christmas Accessories. Santa can give you a total of 26 gifts.

If the player has all the 2018 and 2019 Christmas accessories, players can get duplicates of up to 3 items. These accessories were temporarily disallowed from trading during the event, but were made tradeable again after the event. 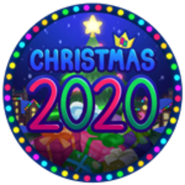 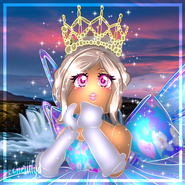